Clearleap, a video streaming platform company that developed and deployed massively scalable and secure content processing, distribution, subscriber and app management systems, needed to manage a dynamic, growing business from $500K to $20+M in revenue. This included multiple funding rounds and preparation for acquisition. They also needed to quickly establish international operations setup in support of large customer contract. They wanted to help manage growth of employee base to well over 100 on three continents and five countries.

TechCXO was engaged for four years as CFO and guided Clearleap through multiple rounds of equity funding and millions of dollars of capex financing to support it’s revenue growth, international expansion and growth to over 100 employees. We ultimately assisted in recruiting and transitioning to a full time CFO and remained engaged as advisor through the acquisition stage.

“TechCXO guided us through our development, growth and our successful exit.” 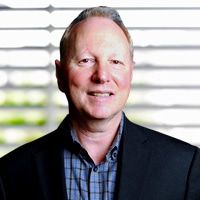